BENEATH THE WHITE CITY LIGHTS on PBS-WIPB!

EMMY® NOMINATION for BENEATH THE WHITE CITY LIGHTS! 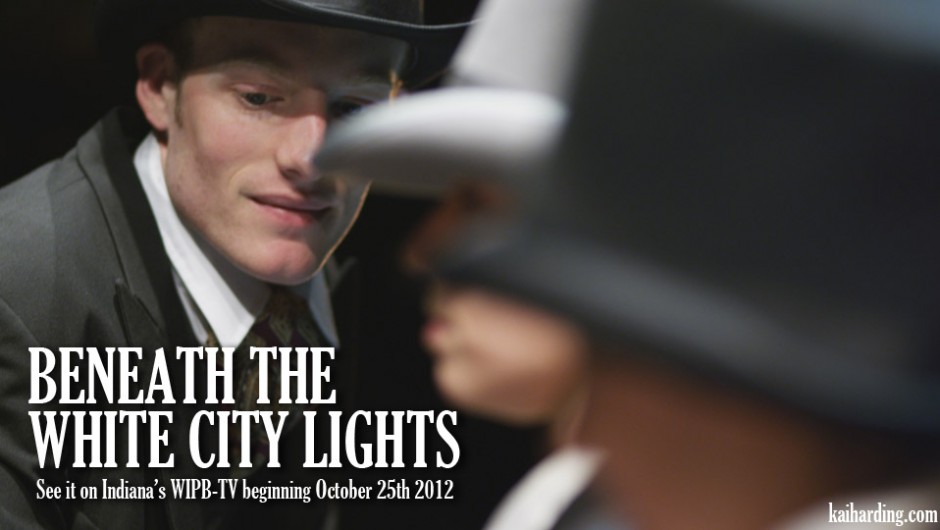 BENEATH THE WHITE CITY LIGHTS will air THREE TIMES during the month of October (2012) on Indiana’s PBS-WIPB (channel 49.1), to support the Indiana debut of the the Ann Reinking / Melissa Thodos story ballet THE WHITE CITY, appearing at Ball State’s Emens Auditorium on Nov 9th, 2012.

The film, which presents an artistic insider’s view of the creative process behind the ballet through breathtaking performance video, intimate rehearsal footage, and revealing interviews with co-creators Ann Reinking and Melissa Thodos, is scheduled to broadcast on PBS affiliate WIPB (channel 49.1) repeatedly in the weeks preceding the stage performance, including:

Make sure to stay tuned for the latest information!